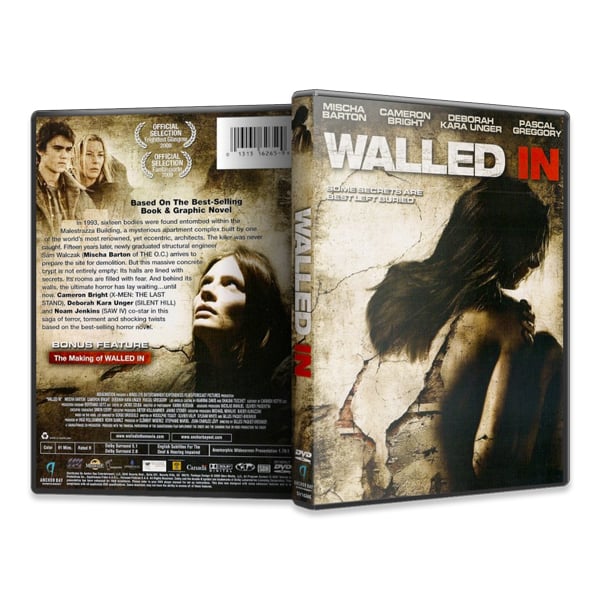 Some Secrets Are Best Left Buried

Based On The Best-Selling Book & Graphic Novel

In 1993, sixteen bodies were found entombed within the Malestrazza Building, a mysterious apartment complex built by one of the world's most renowned, yet eccentric, architects. The killer was never caught. Fifteen years later, newly graduated structural engineer Sam Walczak (Mischa Barton of THE O.C.) arrived to prepare the site for demolition. But this massive concrete prepare the site for demolition. But this massive concrete crypt is not entirely empty: Its halls are lined with secrets. Its rooms are filled with fear. And behind its walls, the ultimate horror has lay waiting...until now. Cameron Bright (X-MEN: THE LAST STAND), Deborah Kara Unger (SILENT HILL) and Noam Jenkins (SAW IV) co-star in this saga of terror, torment and shocking twists based on the best-selling horror novel.

Bonus Feature: The Making of Walled In