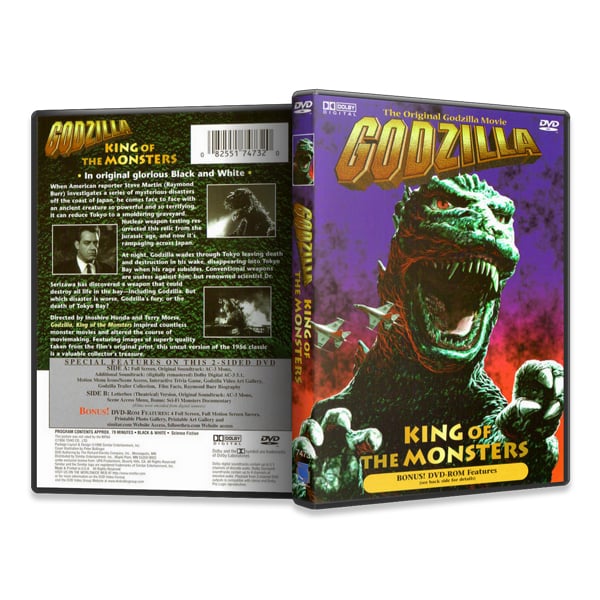 Godzilla King of the Monsters (The Original Godzilla Movie) (DVD)

In origianl glorious Black and White!

When American reporter Steve Martin (Raymong Burr) investigates a series of mysterious disasters off the coast of Japan, he comes face to face with an ancient creature so powerful and so terrifying it can reduce Tokyo to a smoldering graveyard. Nuclear weapon testing resurrected this relic from the Jurassic age, and now it's rampagin across Japan.

At night, Godzilla wades through Tokyo leaving death and destruction in his wake, disappearing into Tokyo Bay when his rage subsides. Conventional weapons are useless against him, but renowned scientist Dr. Serizawa hhas discovered a weapon that could destroy all life in the bay - including Godzilla. But which disaster is worse, Godzilla's fury, or the death of Tokyo Bay?

Directed by Inoshiro Honda and Terry Morse, Godzilla, King of the Monster inspired countless monster movies and altered the course of moviemaking. Featuring images of superb quality taken from the film's original print, this uncut version of the 1956 classic is a valuable collector's treasure.