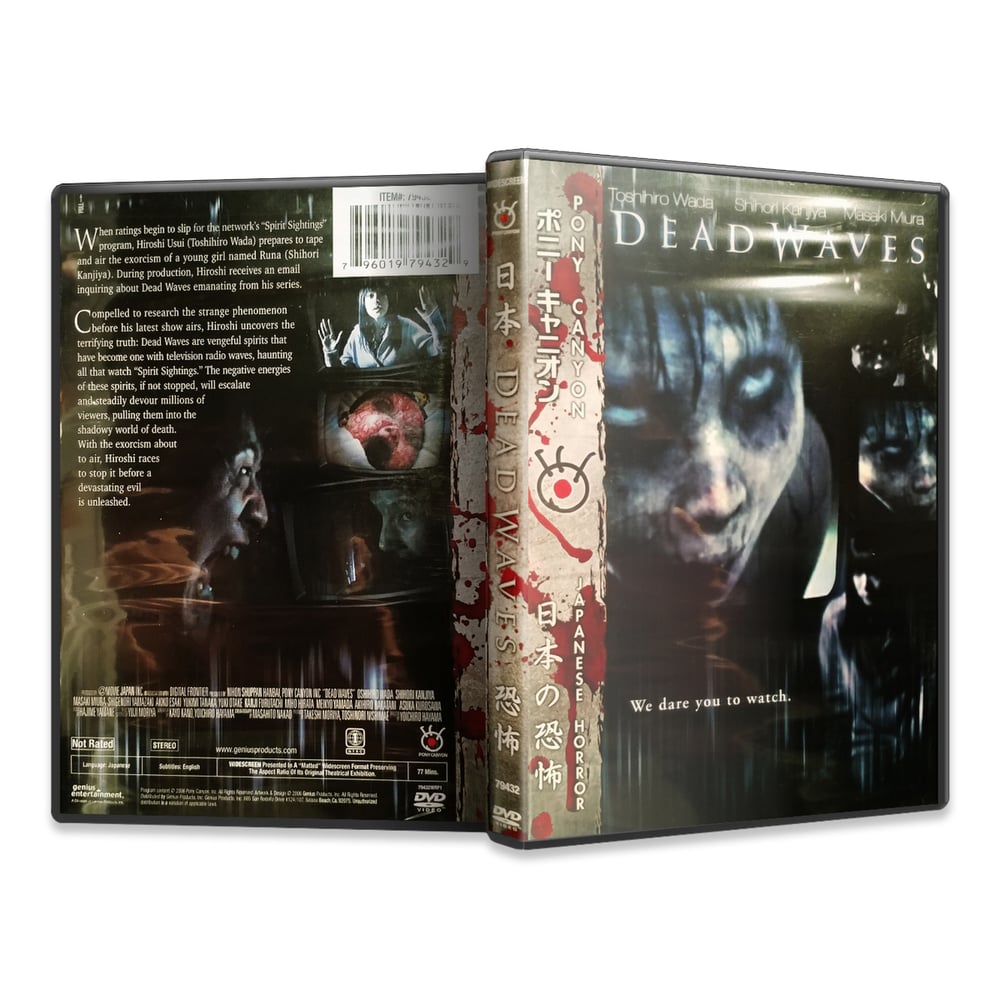 We dare you to watch.

When ratings begin to slip for the network's "Spirit Sightings" program, Hiroshi Usui (Toshihiro Wada) prepares to tape and air the exorcism of a young girl named Runa (Shibori Kanjiya). During production, Hiroshi receives an email inquiring about Dead Waves emenating from his series.

Compelled to research the strange phenomenon before his latest show airs, Hiroshi uncovers the terrifying trush: Dead Waves are vengeful spirits that have become one with television radio waves, haunting all that watch "Spirit Sightings." The negative energies of these spirits, if not stopped, will escalate and steadily devous millions of viewers, pulling them into the shadowy world of death. With the exorcism about to air, Hiroshi races to stop it before a devastating evil is unleashed.